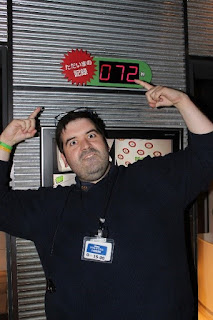 
Super Science High Schools, such as the school we visited in Ichikawa, are special model schools appointed by the Ministry of Education, Culture, Sports, Science and Technology (MEXT) in Japan.  They aim to not only educate but encourage the top students in science and engineering whilst also developing an excellent system in Science. These schools have partnerships internationally and engage students in competitions, and real, student-driven research with a number of students achieving high outcomes. Ichikawa Super Science High School has nearly 2, 300 students across the Junior and Senior Schools.

Walking through the halls of the school, the students’ research and the strong academic ethos of the school are evident. Student work, in the form of poster presentations of authentic (and complex) research is on display. From ‘Mechanisms of the Oscillating Chemilumenescence Reaction Using Luminol’ to ‘Artificial Photosynthesis: Novel Visible Light Response and Formic Acid Generation from Carbon Dioxide Using Tantalum Oxide/Tantalum Plate’ to research into candle oscillations, vibration of metal plates on ice and the dynamics of bouncing liquids, it is evident that students are engaged in highly specific, authentic research. We are told later in the day that as little as 10 years ago, presentations such as these would not have been done. Rather, students mostly experienced lectures with limited experimentation, imagination and discussion, and thus no chance to express their ideas. Learning is more focused on understanding, including describing phenomemon associated with experiments. Students do far fewer lectures now and far more in the way of research and experiments under a model of Plan-Do-Check-Act and this has yielded very positive improvements for their achievement and transition to university. 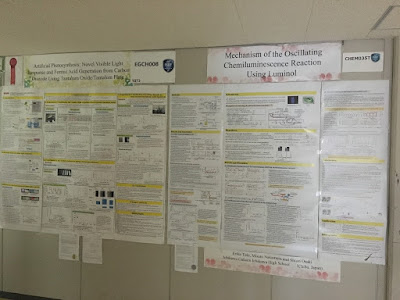 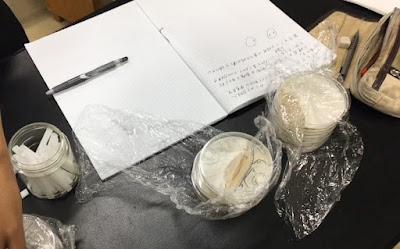 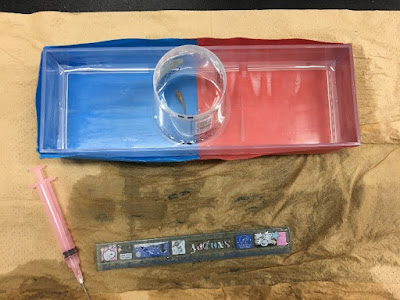 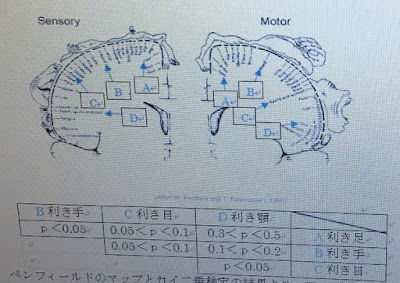 Throughout the afternoon, we had the chance to see students in 11th Grade (17 year olds) working on their individual research projects in Physics, Chemistry and Biology. Students have two hours of scheduled curriculum time a week to develop these projects with the support of their teachers, and do so over the course of a year, presenting the final outcomes of their work in English and Japanese through poster presentations at their conclusion. The students are all too happy to share insights into their work which involves antibiosis between competing fungi species; the manufacture of biodegradable plastics from shrimp; the use of coloured ionic compounds to produce coloured glass products; research into fish colour preferences and research into the correlations between dominance of the hand, jaw, eye and leg. 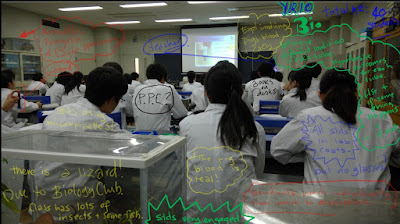 Observing a biology class of Year 10 students, that in many ways looked like it could be in a classroom somewhere in Australia. There were old benches with students seated at each, materials out and at the ready. A teacher at the front demonstrated how to use a piece of equipment and then explained the nature of the day’s experiment as students looked on. Specimens in jars lined the shelves of cabinets around the side of the room, whilst fish tanks and some small containers indicated the presence of some live animals kept in the classroom. And yet, a closer look revealed significant differences:

·      - Students all wore lab coats, but this was the extent of their personal protective equipment
·      - There were forty students in the class, much larger than we would have in our classrooms.
·     - Students used real pig’s blood in their experiment, where we would be prohibited from using this         material for safety reasons.

With all students engaged and productive, and left to work on their results and applications to scientific models over the next week, there was much that seemed familiar, even in this context. If anything, their work seemed rigorous and grounded in what appeared to be a serious, dedicated approach to the science they were studying.

So, when it came time to teach the students as part of my demonstration lesson, what were they like? 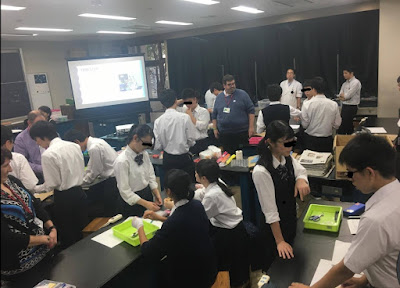 In many ways, these students were just like students I have experienced in Australian classrooms. The 25 students who had come to my session, and their teachers, were associated with science clubs in the school. However, despite their aptitude and immersion in Science, I had the pleasure of watching them share a laugh as volunteers used a rudimentary toy robot claw to perform everyday tasks; watched them empathise with the situation of a young girl in a short video who had been gifted a realistic and complex prosthetic by a young and talented engineer; saw them thinking and suggesting different ways in which simple materials could be used for prototyping and watched them plan, do check and act as they refined their ideas and built upon both their failures and successes. Teachers, at first hesitant about an open-ended activity in which students engineered simple prosthetics, quickly became invested in the task, looking at what students produced or even engineering their own possible solution. In many ways, they were any number of classes I have taught over the years.

Like all good open-ended tasks, students approached such a rich and complex problem from different angles. And sometimes, their designs failed. But, to quote Samuel Beckett:
‘Ever try. Ever fail. No Matter. Try Again. Fail Again. Fail Better.’
Failures meant going back and trying something else to improve the outcome. And though they were not always confident in discussing their ideas, students collaborated and shared their ideas in their groups and even communicated their designs and their choices with the rest of the class, given the right support. They were challenged. They were engaged. They showed, when given the chance, critical and creative thinking skills. And they left cheerful. And at least in that way, it didn’t feel all that different from doing this back home.

Stay tuned to ASTA's blog for more updates and stories on ASTA-/Latitude Group Travel science teachers Exchange - Japan. You can also follow the journey via twitter by using #ASTAJapan