What an amazing journey so far and we have so many fantastic days ahead. Thank you Latitude Group Travel for your sponsorship to allow us to have so far the best PD experience ever.

I am from a rural town in the centre of NSW and I have never been overseas so this experience would not have been possible without Latitude Group’s support!

The flight here was fantastic, Japan Airlines, great service, lovely experience. Customs was an eye opener. Line and lines of people moving slowly through scanners for finger prints and retina, show passports again, next person give declarations. The hotel for the night had a fabulous buffet for both dinner and breakfast that allowed us to try traditional Japanese food as well as western versions. 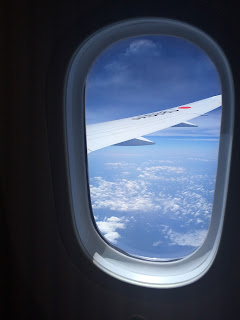 Today we started the morning at the Naritasan Temple. The guide spoke English and explained all of the rituals and important parts of the Japanese culture. From guarding dogs and lions to dragons that protect all water. Fun fact- figures in door ways, or buildings are found in pairs. On the right have their mouths open as you are born with mouth open to cry and the first sound being AH, figures on the left have their mouths closed as at the end, a finish point with the last sound having your mouth closed.
Each building made from wood have not one nail, all are expertly joined in different cross pieces for structure, support and ability to move with earthquakes. The paint on all comes from original sources, gold, rocks or gems ground up. 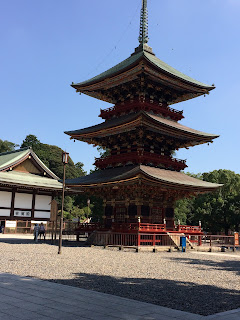 Many parts of their religion came from India as they feel India was the birth place of civilisation. Under one of the main temples there is a time capsule of peace that has messages from all of the world leaders at the time from 1984. The leaders are Queen Elizabeth, Ronald Reagan, the head of the Roman Catholic Church, presidents from India, Canada and Germany and the Dalai Lama to be open in 2434. 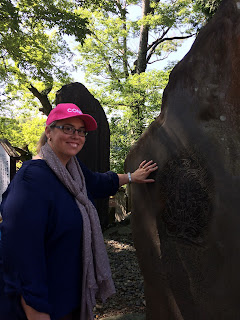 During lunch and bus rides we were able to quiz each other on our teaching styles, resources and activities we use for different areas and year groups. Even if we had gained nothing else, being immersed in sharing professional dialog, advice and critique of Australian education would have been worth the trip. Due to our differences geographically, we all have different ideas and experiences to share.
The afternoon was spent at the Museum of Aeronautical Sciences, as a STEM teacher who is spending the year focusing on aerodynamics, this was the place to go. Situated on the edge of Narita airport we saw the inside and outside of different aeroplanes, learnt fun facts about the aeroplanes and then my favourite part, turning each of the types of engines over. Outside the museum had working models that had previously come from a small plane, a blimp and a helicopter. The spall plain was a piston engine, the blimp had a star radial engine and the helicopter had a jet engine. With the models of the engines we could understand how they worked, to fire, turn turbines that then drove shafts. 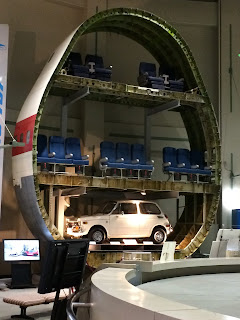 Stay tuned for more updates on our Japan trip. You can also follow our Journey on twitter by using #ASTAJapan